The cream is a dairy product made of the higher-fat layer separated from the top of milk before homogenization. In un-homogenized milk, the fat, which is less thick, finally rises to the top.

Cream skimmed from milk may be called "sweet cream" to distinguish it from cream skimmed from whey, a by-product of cheese-making. Whey cream has a lower fat content and tastes more salty, tangy, and "cheesy". In numerous countries, the cream is sold partially fermented: sour cream, crème fraîche, and so on. Both forms have many culinary uses in sweet, bitter, salty, and tangy dishes.

Cream made by cattle grazing on natural pasture often contains some natural carotenoid pigments derived from the plants they eat; this gives it a slightly yellow tone, hence the name of the yellowish-white color: cream.

This is also the origin of butter's yellow color. Cream from goat's milk, water buffalo milk, or from cows fed indoors on grain or grain-based pellets, is white.

Cream is also great with 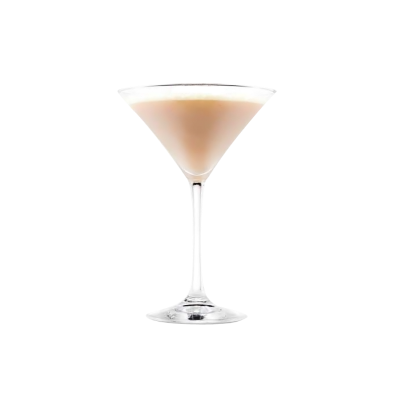 The Brandy Alexander was a famous drink during the '70s, and when carefully prepared, it can be a blast. Its origin came from the classic version, but mostly forgotten, of the Alexander cocktail and combines brandy instead of gin with creme de cacao and cream. The recipe appeared first in Hugo Ensslin's 1916 book called "Recipes for Mixed Drinks." But, the cocktail was likely born at Hotel Rector, New York City's premier pre-Prohibition lobster chateau. The authentic Alexander cocktail consisted of equal parts gin, crème de cacao liqueur, and cream. Over time, other spirits are used, as a replacement for the gin, brandy being most popular. The recipe has also slowly become boozier, with modern recipes usually calling for one-and-a-half times as much base spirit. Other liqueurs in place of crème de cacao are used in modern Alexander riffs. If the egg is used as a garnish, it's important to obtain an emulsion by shaking it hard. It then generates a smooth mouthfeel and frothy head. The Alexander (or Brandy Alexander) prepared below is a cocktail consisting of cognac, cocoa liqueur (crème de cacao), and cream.

A Grasshopper is a sweet, mint-flavored, after-dinner drink. The name of the drink derives from its green color, which comes from crème de menthe. Pour ingredients into a cocktail shaker with ice. The drink was allegedly created in 1919 in New Orleans, but it didn’t become a household name until the 1950s. The drink gained popularity during the 1950s and 1960s throughout the American South.

A Brandy Alexander is a brandy-based dessert cocktail made of cognac, crème de cacao, and cream. It is a deviation from an earlier, gin-based cocktail called the Alexander. The cocktail known as Alexander today can contain gin or brandy. Ice cream can be added for a frozen Brandy Alexander. It's not too sweet, although it is indulgent, and the simple recipe finds a perfect balance between just three ingredients. The recipe is found in Hugo Ensslin’s 1916 book Recipes for Mixed Drinks but was likely born at Hotel Rector, New York City’s premier pre-Prohibition lobster palace.