Apricot brandy is a form of brandy obtained from apricots. Apricots lend this liquor a very distinctive flavor and a rich amber to orange color. Sweet forms of this brandy are sometimes known as an apricot liqueur. This beverage can be served straight, used in various recipes cocktails, and other mixed drinks.

For example, any sort of fruit can potentially be fermented and distilled to make brandy, but some fruits produce more flavorful and enjoyable beverages than others. Apricots, particularly when they are of high quality, have a faint flavor of bitter almonds which is tempered with a natural sweetness and apricot flavor. When well-handled, apricot brandy can have a very rich, complex flavor which is quite distinctive.

Brandy is made by fermenting fruit and then running the fermented liquid through a distiller to concentrate the flavor. To produce apricot brandy, producers pulp apricots and throw them into a fermenting tank along with their skin and pits, and then allow them to ferment for roughly three months. Once fermentation is complete, the liquid can be strained off and then distilled to make brandy. The resultant drink has a very high alcohol content, as the water partially disappears during the distillation process.

Apricot brandy is also great with 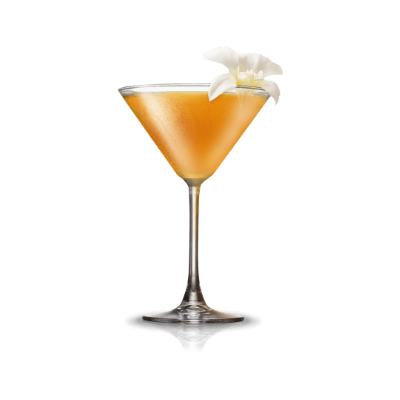 The combination of gin and apricot brandy was quite common in the early days of the cocktail. It's a pleasant taste because the brandy adds a sweet fruit contrast against the gin's botanical flavoring and drier profile. The orange juice complements both of those, bridging the gap and adding a bright citrus touch that is very enjoyable. The earliest known in-print recipe for the Paradise Cocktail was written by Harry Craddock in 1930.

Cocktails come in all shapes, sizes, and styles, but most include one base spirit accented by other ingredients. That is the case with Angel's Face recipe, an original cocktail from Brooklyn bartender Jay Zimmerman that mixes gin and applejack, plus apricot liqueur. The story of the Angel Face cocktail began in 1930 when Harry Craddock published its splendid collection of recipes: the Savoy Cocktail Book. The main source of inspiration for this drink is the notorious gangster of the American Prohibition (Angel Face). Others state that the cocktail is dedicated to Rick Blaine, the legendary star of Casablanca, starring Humphrey Bogart, considered that the film came out in 1942. Gin is a traditional base ingredient that seldom joins forces with applejack. Applejack is a kind of apple brandy that dates back to the late 1600s when the American colonists turned their apple harvests into hard cider, discovering they had something a lot stronger. They increased the cider's alcohol content by leaving barrels outside overnight to freeze resulting in a high-proof spirit they dubbed "applejack." The Angel Face is a cocktail made from gin, apricot brandy, and Calvados in equal amounts.