Orange liqueur is just a sweetened alcoholic beverage with orange flavoring. The alcohol itself can be similar to vodka, or it may be a pot-distilled spirit, such as grape brandy.

To not be confused orange liqueur and triple sec. Triple Sec is a category for any clear dry orange-flavored liqueur, including Cointreau (par example).

Triple sec is an orange-flavored liqueur that arose in France. It includes 15–40% alcohol by volume. It is formed by macerating sun-dried orange skins in alcohol for at least 24 hours before experiencing a three-step distillation process. Triple sec is seldom used neat but is used in preparing many popular mixed cocktails such as Margaritas, Cosmopolitans, Long Island iced tea, and Mai Tais.

Orange liqueur is also great with 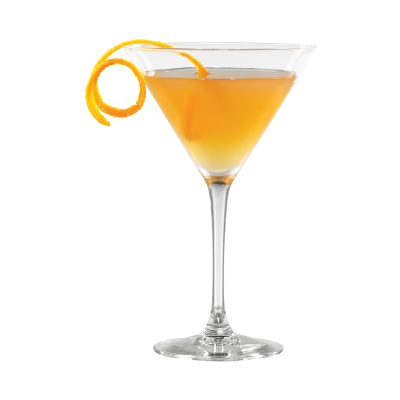 The sidecar is a cocktail traditionally made with cognac, orange liqueur, plus lemon juice. In its ingredients, the drink is perhaps most closely related to the older Brandy Crusta, which differs both in presentation and in proportions of its components. The exact origin of the sidecar is unclear, but it is thought to have been invented around the end of World War I in either London or Paris. The drink was directly named for the motorcycle attachment, which was very commonly used back then.

A breakfast martini is a cocktail made with gin, marmalade, orange liqueur, and lemon juice (in place of vermouth). The drink was invented in 1996 by bartender Salvatore Calabrese at a hotel in London. It is similar to a White Lady cocktail, with gin, orange liqueur and freshly squeezed lemon juice; some variants of it even call for an egg white, though that is not included in the original recipe.

White Lady is a classic cocktail that is made with gin, cointreau or Triple Sec, fresh lemon juice and an optional egg white. It belongs to the sidecar family, made with gin in place of brandy. The White Lady cocktail was invented by famed bartender Harry MacElhone in 1919 while he was working at Ciro’s Club in London. He originally used crème de menthe, but replaced it with gin later in 1929.

Consists of equal parts gin, lemon juice, curaçao (commonly Cointreau), Kina Lillet (now usually replaced with Cocchi Americano, as a closer match to Kina Lillet than modern Lillet Blanc), and a dash of absinthe. The corpse reviver no. 2 is a popular classic cocktail and arguably the best-tasting of all the corpse reviver drinks.