Carbonated water, also known as soda water, sparkling water, or seltzer water, is plain water into which carbon dioxide gas has dissolved. The process of dissolving carbon dioxide gas is called carbonation. It results in the formation of carbonic acid (with the chemical formula H2CO3).

English chemist Joseph Priestley found an artificial method for producing carbonated water, in a 1772 pamphlet. The pamphlet explained the process of dripping sulfuric acid onto chalk, which produced carbon dioxide (CO2) that was captured in a bowl of agitated water.

The inventor thought such carbonated water was a cure for scurvy and proposed the process to Captain James Cook to prevent scurvy during his second voyage to the South Seas. Priestley never acknowledged the commercial potential of his product, though he did refer to it as his "happiest discovery."

The dissolved gas in carbonated water acts as a temporary surfactant, causing it to be recommended as a household remedy for removing stains, especially those of red wine.

Club soda is also great with 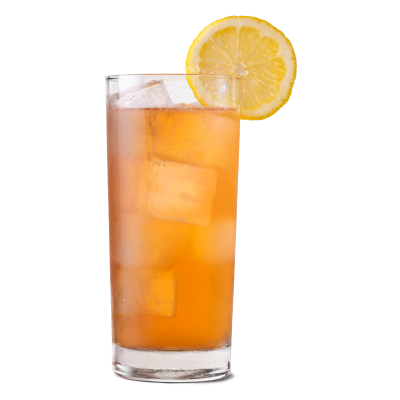 A John Collins is a cocktail, a long drink stirred with ice and topped with soda—made from London dry gin (or Bourbon whiskey), lemon juice, sugar and carbonated water. The cocktail was attested in 1869, but may be older. This is, essentially, a tall version of the Whiskey Sour and is perfect for any occasion. It's an excellent everyday drink that can be poured in just a few minutes. 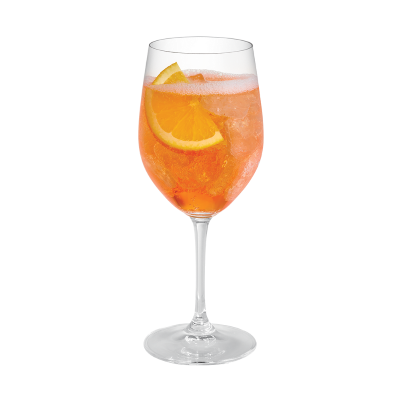 A Spritz is an Italian wine-based cocktail, commonly served as an aperitif in Northeast Italy. It consists of prosecco, digestive bitters and soda water. Since 2011 Spritz is an IBA official cocktail, initially listed as "Spritz Veneziano" then simply as "Spritz". Aperol traces its roots back to Padua, Italy. The aperitivo was created in 1919 while the Spritz was born during the period of the Habsburg domination in Veneto in the 1800s. 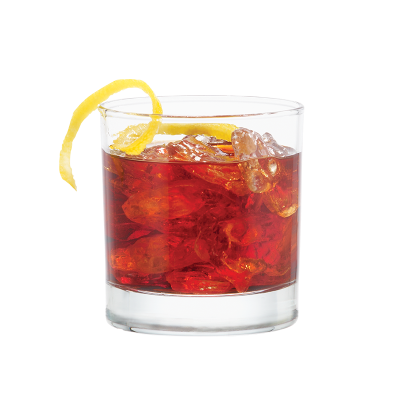 The Americano is a soft introduction to the unique and bitter taste of Campari. It is a fascinating drink with a long and rich history, and it was the first cocktail noted in the James Bond novels. This is an iconic and entertaining aperitif that you can enjoy before any meal. The Americano is James Bond's first drink order in "Casino Royale", the 1953 book by Ian Fleming that kicked off the series, and the cocktail again makes an impression in later novels. The Americano was first served in the 1860s at Gaspare Campari’s bar in Milan, Italy. The drink, which highlights Campari and sweet vermouth in equal parts topped with sparkling water, is an effortless take on the Milano-Torino, which contained Campari and sweet vermouth, sans water. It’s thought that the name originated from its popularity among American tourists. The name was affixed after the Prohibition era, when Americans absconded to Europe in droves, thirsty for good drinks. The Americano is an IBA official cocktail composed of Campari, sweet vermouth, and for the sparkling version, club soda and garnished with a slice of lemon. The cocktail was first served in creator Gaspare Campari's bar, Caffè Campari, in the 1860s. The Americano is also thought to be the precursor to the Negroni. As the story goes, the Negroni was invented in Florence by the Italian Count Camillo Negroni in the early 20th century, when he asked a barkeep to tweak his Americano by replacing the soda water with gin. 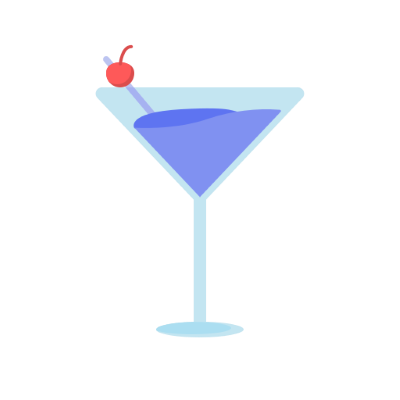 Curaçao Punch is a cocktail from Harry Johnson's New and Improved Bartender's Manual (1882). It's a forgotten punch that combines robust rum and brandy with an old-fashioned orange liqueur.

The Ramos Gin Fizz is a tall, creamy, citrusy classic with sky-high foam. It’s made with gin, lemon, lime, cream, simple syrup, orange blossom water, egg white, and soda water to top-up. The cocktail was invented by bar owner Henry C. Ramos in 1888 and it was served at his bar, the Imperial Cabinet Saloon and first named the New Orleans Fizz. 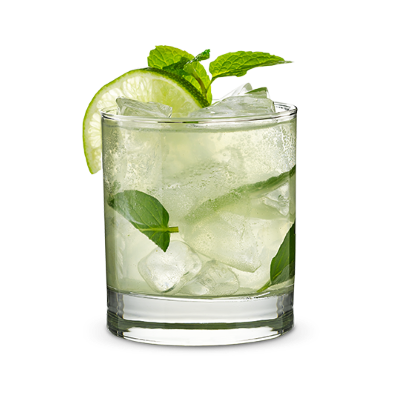 Mojito is a traditional Cuban highball. The cocktail often consists of five ingredients: white rum, sugar, lime juice, soda water, and mint. Its combination of sweetness, citrus, and herbaceous mint flavors is intended to complement the rum, and has made the mojito a popular summer drink. It’s unclear, but the Mojito first appeared in cocktail literature in the 1932 edition of "Sloppy Joe’s Bar Cocktail Manual", a book from the famed Havana institution.

The Singapore Sling is a gin-based sling cocktail from Singapore developed sometimes before 1915. The earliest published version of the recipe appeared in "The Savoy Cocktail Book", a 1930 classic written by Harry Craddock. It was initially called the gin sling – a sling was originally a North American drink composed of spirit and water, sweetened and flavored.

The gin fizz is a classic mixed drink made with gin, lemon, simple syrup and soda water that is much like a whiskey fizz. The main difference is in the base spirit. The first printed recipe for a Gin Fizz appeared in the 1876 edition of "The Bar-tenders Guide" by Jerry Thomas and the drink rose to mass popularity starting in the 1900’s.